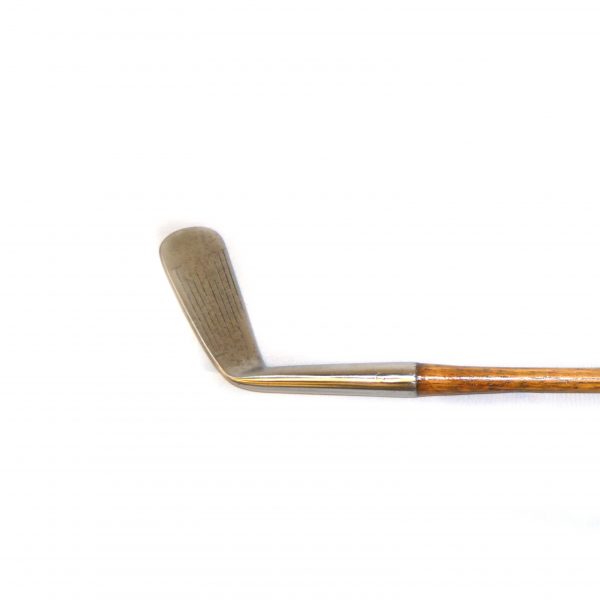 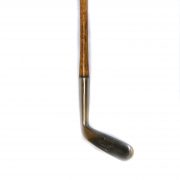 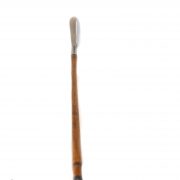 This club has a Scored Line face pattern and is marked with the trade mark “”pipe”” of Tom Stewart of St Andrews an unkown name in the oval but stamped Special. Research tells us that the mark of Tom Stewart was used between 1893-1905. Tom Stewart Jr. opened his cleekworks in Argyle Street St Andrews in 1893. He learned his trade as a blacksmith with his father in Carnoustie, where “cleeks” were sometimes made. (George Morris, older brother of Tom was a client of renown.)
In 1890 Stewart went to work in St Andrews with the well-known clubmaker Robert White and in 1893 started business for himself using the famous pipe brand cleekmark previously used by his father in Carnoustie. The cleeks found favour with many famous golfers, including US Open winner Francis Ouimet and Grand Slam winner Robert T. Jones Jr.
Over the years, millions of pipe brand clubs have been produced. As the official owner of the pipe brand and Tom Stewart Company, St Andrews Golf Company continues to hand produce authentic clubs using the same molds and materials as the originals.