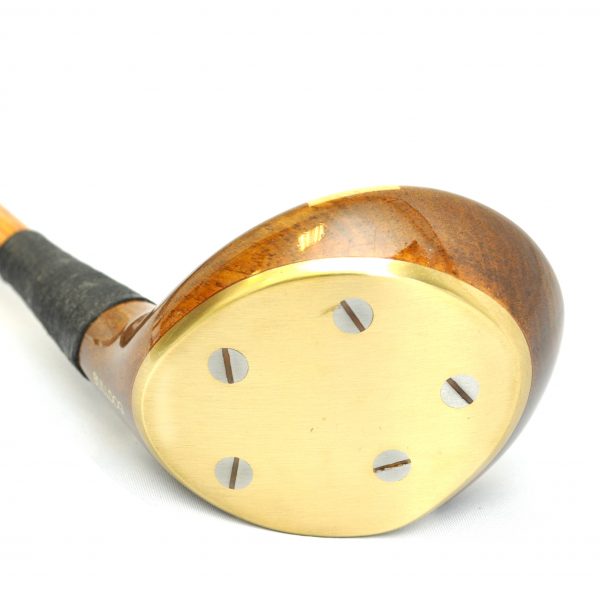 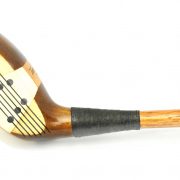 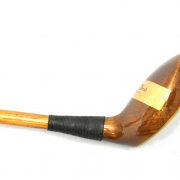 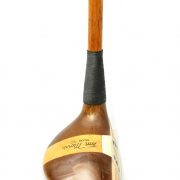 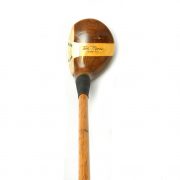 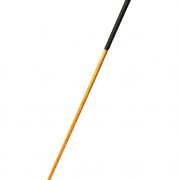 Research tells use that this mark of Tom Morris Sr. was initiated after Old Tom’s death and was used through the 1940’s by the firm which still bears the Morris name today. The heads were forged by Stewart and sometimes sold by Brodie of Anstruther. Robert Brodie & Son of Anstruther, the original Robert Brodie, a blacksmith and clubmaker of the nineteenth century, was the father and grand-father of the owner of the firm. These Brodies’ were primarily retailers of golf equipment who probably did some club assembly work. The “triangle” mark is usually found in conjunction with a maker’s cleekmark.
This Club is in good playable condition.

Please note: All our Clubs have been fully restored by a professional restorer of Hickory Golf Clubs.

We don’t sell rubbish, have a look for yourself. You can contact us at any time through sales@hickorygolfsupplies.com.