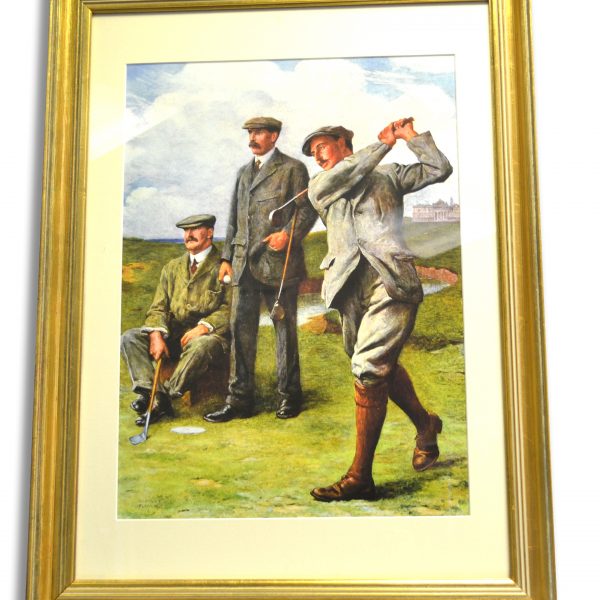 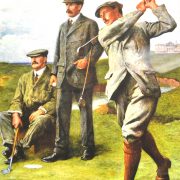 A print of Clement Flower, The Great Triumvirate, Flower painted the Triumvirate in 1913 which shows (Ltor) John Henry Taylor (1871-1963), James Braid (1870-1950), and Harry Vardon (1870-1937) in their prime. Plans were made to publish prints in 1914, however due to lack of subscriptions only a few proofs were run. As time passed, the unequalled accomplishments of these three players were appreciated and there was a renewed interest in the painting. In 1978, a limited edition of 300 prints, copied from one of the original proofs, was issued and included facsimile signatures. This issue, marked ‘Printed in England’, was on heavy rag paper. In 1979, a similar edition of 750 was published by a different company on a different grade paper. Then in 1983, an edition of 350 prints on canvas were issued, however this edition was reproduced from the original painting in the possession of the Royal and Ancient Golf Club at St. Andrews. The actual painting has the player’s names and records lettered directly on the canvas and is almost full life size.