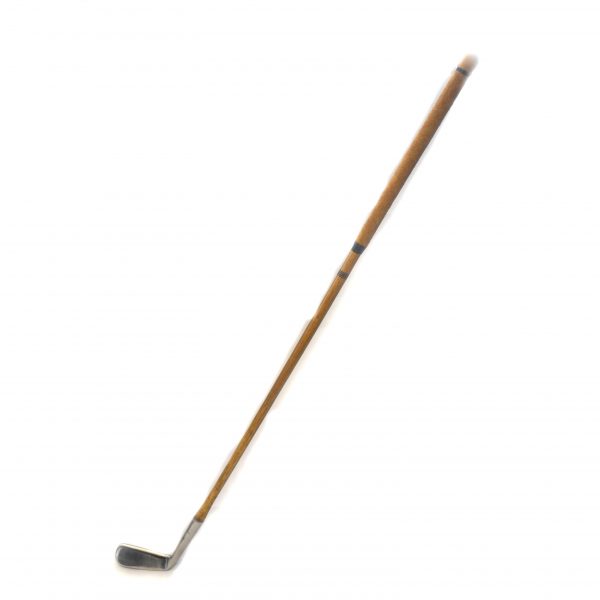 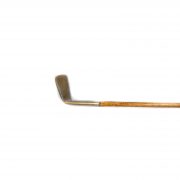 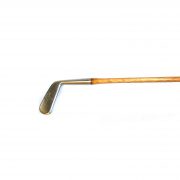 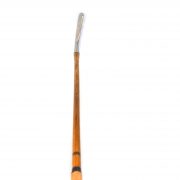 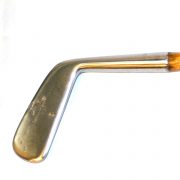 SKU: 602 Categories: All Makers, All Other Makers

This club has a smooth face, and carrys the “serpent” trade mark of Tom Stewart. Stamped J.YOUDS, CHISLEHURST, KENT and marked with a L for Ladies. Research tells us that the mark of Tom Stewart was used between 1893-1905. Tom Stewart Jr. opened his cleekworks in Argyle Street St Andrews in 1893. He learned his trade as a blacksmith with his father in Carnoustie, where “cleeks” were sometimes made. (George Morris, older brother of Tom was a client of renown.)