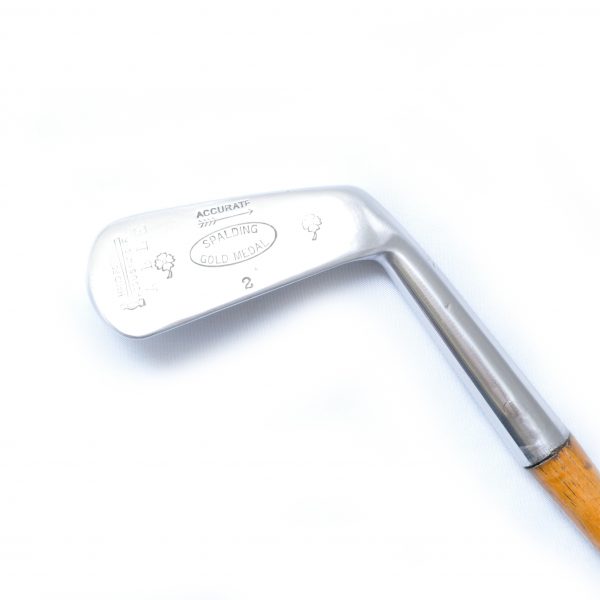 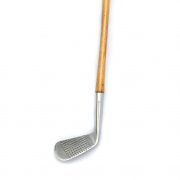 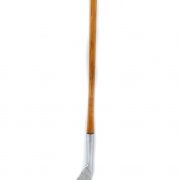 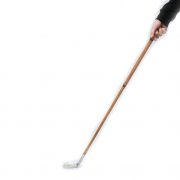 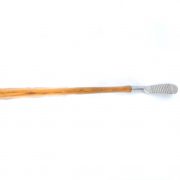 Large Dot punched pattern on face,Marked Accurate with an arrow pointing to the hell,2 with 2 Flowers, also stamped ABLE, in the oval is stamped Spalding Gold Metal,the image of a ball-pein hammer with Hand Forged above and REG.U.S.PAT.OFF. Below. Research tells us that Spalding existed for several decades in the United States before beginning to offer golf equipment in their line of sporting goods. Their interest in golf began in 1892 when Julian Curtiss was sent to Scotland to purchase leather for use in making footballs. According to the two versions of the story, Curtiss purchased five hundred dollars’ worth of golf equipment either due to his interest in the game or as a result of having had too much to drink at the tavern. The company was not very impressed with his acquisition since golf was not a common game, so he took the clubs to his home in Greenwich, Connecticut for storage. Shortly thereafter, Curtiss and his brother got some friends together to help lay out a five hole golf course so they could use the clubs and balls. Meanwhile, golf was gaining popularity in America and Spalding decided to recall the equipment and subsequently began to advertise golf items in their 1893 catalogue of sporting goods.
Spalding began making golf clubs in the United States in the mid 1890’s and in Britain shortly thereafter. One of the original manufacturing facilities was in Morristown, New Jersey and in 1898 they introduced the Morristown line of clubs to augment their earlier “The Spalding” line. Also about this time, Spalding designer James Cran patented the famous wood faced iron club popularly known as the Cran Cleek.