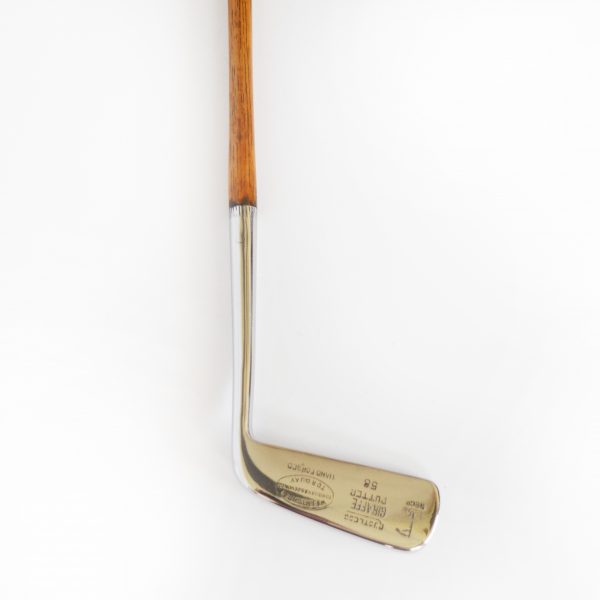 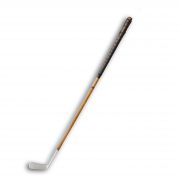 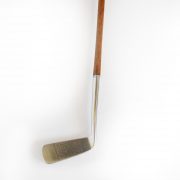 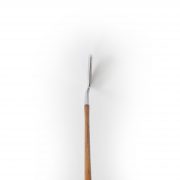 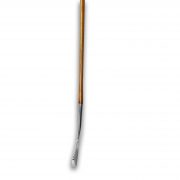 This club has a Punch Dot face pattern and is marked with the trade mark Flag of R.Forgan  Sons, it has a Long Hosel, stamped Putter, Rustless, Hand Forged and GIRAFFE, in the oval reads W.Fletcher Torquay & S.Devon G.C. TORQUAY.  Research tells us that Robert. Forgan & Sons St. Andrews. Forgan became club maker to HRH the Prince of Wales in 1863 and used the prince’s plume of three feathers as his mark. He was primarily a wooden clubmaker and is thought to have assembled and sold iron club as early as the 1860’s. Forgan’s used “King’s Crown” mark when the prince became King Edward. A son, Thomas (1853-1906), took over the firm after his father’s death in 1900. This Club is in good playable condition with the original Grip and Wax coated thread use for the whipping then finished with Shellac to protect it from any bag damage that may occur. Please note: All our Clubs have been fully restored by a professional restorer of Hickory Golf Clubs; it/they may arrive with a Tarnish Guard to protect it from the damp air which will allow it to rust, and should be replaced after cleaning.