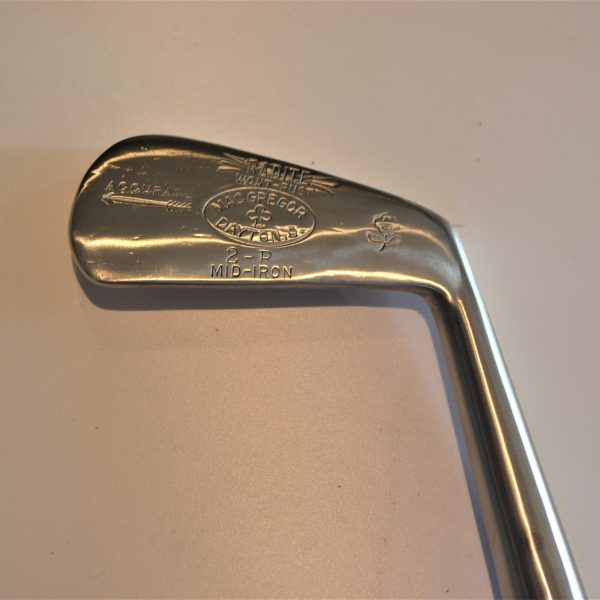 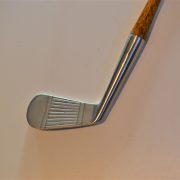 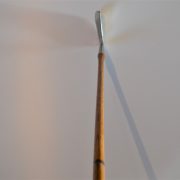 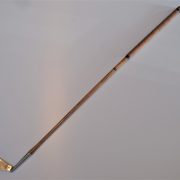 SKU: 410 Categories: Latest Clubs, All Types Of Golf Clubs, Irons, All Makers, MacGregor, All Other Makers

By 1910 the company was producing a full line of golfing requisites including bags and golf course maintenance supplies. They even built a company golf course in Dayton for employee recreation and the testing of new equipment.

The reason for the difference in spelling of “McGregor” as in the original company name and “MacGregor”, the Scottish version of the name which appeared on the clubs, is somewhat unclear. It was probably part of a marketing scheme to appease the many Scottish golf professional making their living in the United States and as a gimmick to give character to their line of golf equipment. Clubs were even stamped with “J. MacGregor” which was either a fictitious name or referred to John MacGregor, who had once worked for the St. Andrews clubmaking firm of Robert Forgan & Son.

The most common of the many models of the hickory era are the Par, Peerless, Pilot and economy grade Edgemont lines. In the years prior to it being illegal, they produced over 20 models of the famous Backspin iron with its deep grooved scoring.
Tommy Armour was a fine Scottish player and teacher who was working at the Medinah Country Club in Chicago when he was hired by MacGregor in 1935. He brought his assistant, Toney Penna, with him and together they designed clubs such as the famous Tommy Armour oil hardened woods, Silver Scot irons and Ironmaster putters which were the standards of the industry for decades. Their clubs of the 1950’s and 1960’s are now sought after by classic club collectors.

This Club is in good playable condition with a new Grip and Wax coated thread use for the whipping then finished with shellac to protect it from any bag damage that may occur. Please note: All our Clubs have been fully restored by a professional restorer of Hickory Golf Clubs; it/they will arrive with a Tarnish Guard to protect it from the damp air which will allow it to rust, and should be replaced after cleaning.