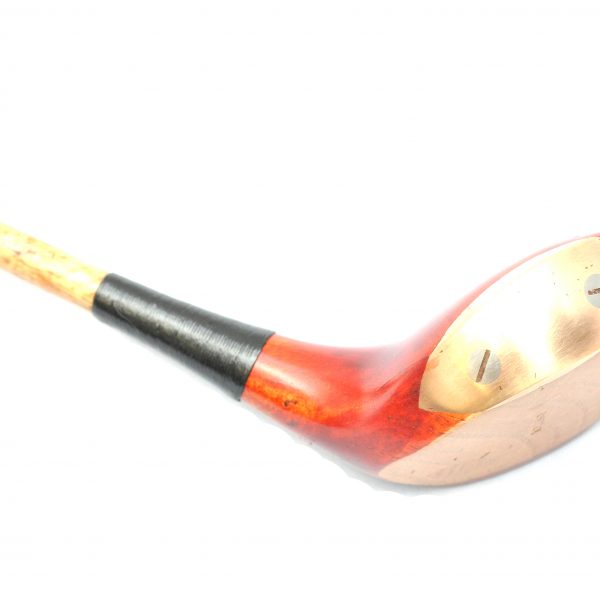 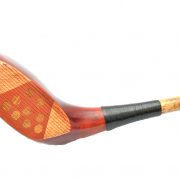 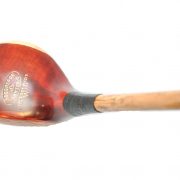 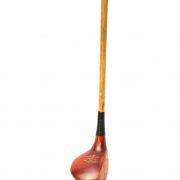 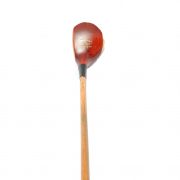 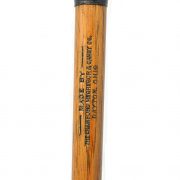 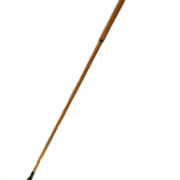 This club is a socket head and has been finished in a rich Burgundy Red stain, across the crown reads MacGregor- Dayton.O. with the three leaf clover mark, PAT OCT 211519 WW, the Shaft is marked (Made By The Crawford McGregor & Canby Co. Dayton OHIO.) and in the sole is marked Driver, a Brass back weight which is securely in position with 2 steel screws and the face has a Red fibre insert and is fixed with 9 wood dowels.

Research tells us that MacGregor Dayton, and later Cincinnati and Georgia. The MacGregor Golf Company was originally known as the Crawford, McGregor & Canby Company which was an offshoot of the Dayton Shoe Last Company. It is believed that Robert White, the famous St. Andrews clubmaker, applied the mechanized woodworking techniques used in the shoe last factory in Dayton, Ohio to the turning of wooden golf club heads. The company’s first catalogue was produced in 1898 at a time when Willie Dunn, earlier with B.G.I., spent a year MacGregor. The company grew very rapidly due to the export of hundreds of thousands of wooden golf heads to Scottish makers.

By 1910 the company was producing a full line of golfing requisites including bags and golf course maintenance supplies. They even built a company golf course in Dayton for employee recreation and the testing of new equipment.

The reason for the difference in spelling of “McGregor” as in the original company name and “MacGregor”, the Scottish version of the name which appeared on the clubs, is somewhat unclear. It was probably part of a marketing scheme to appease the many Scottish golf professional making their living in the United States and as a gimmick to give character to their line of golf equipment. Clubs were even stamped with “J. MacGregor” which was either a fictitious name or referred to John MacGregor, who had once worked for the St. Andrews clubmaking firm of Robert Forgan & Son.

This Club has a good playable condition shaft and a new Grip and Whipped with waxed linen thread which has then been coated with shellac to protect it from any bag damage that may occur.