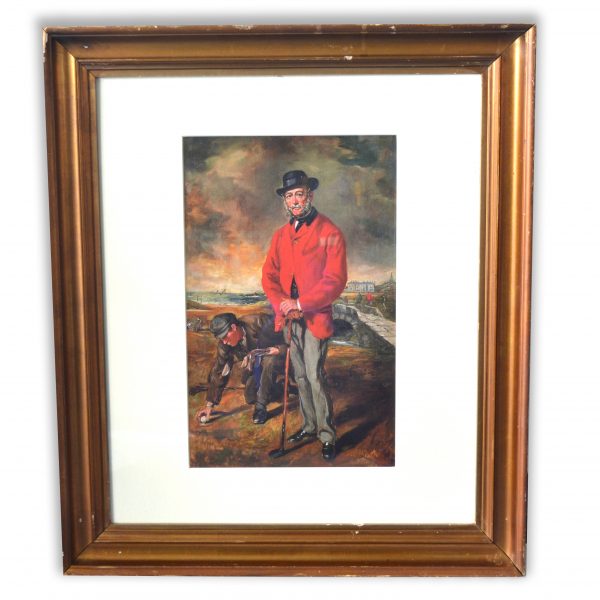 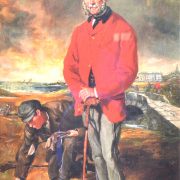 A print of Francis Grant’s, John Whyte-Melville, of Bennochy and Strathkinness (1797-188), Sir Francis Grant (1803-1878) originally was educated for the bar, but ended up as an artist with his first exhibition at the Royal Academy in 1834. His specialties were full length portraits and hunting meets. It is interesting to note that Grant was knighted fro his social endeavours rather than for his artistic talent. Grant’s contribution to golf art was this portrait of John Whyte-Melville who was captain of the Royal and Ancient Golf Club in 1823 and was again elected in 1883. Whyte-Melville died before entering office, thereby leaving a blank entry in his memory in the records of the R & A. The first print of this painting was published in an edition limited to 750 in the 1970’s in London.