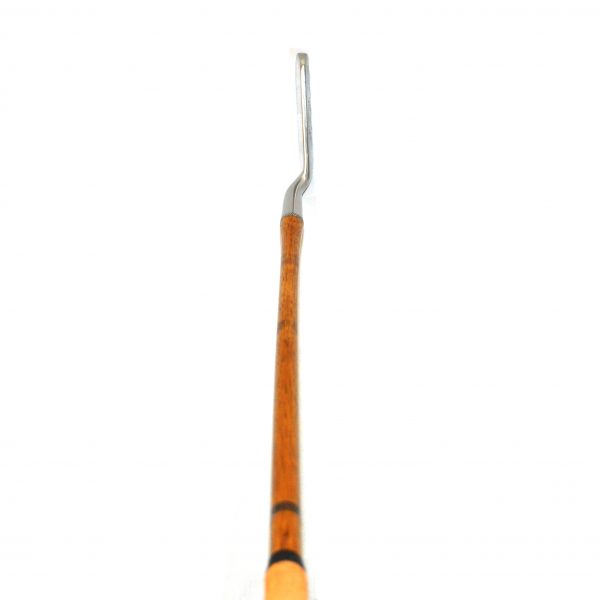 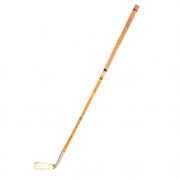 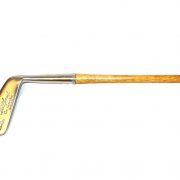 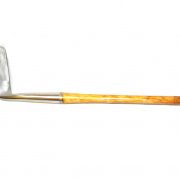 This club has a smooth face, stamped with the trade mark of spalding KRO-FLITE, BobtT.Jones.Jnr. Calamity Jane, RUSTLESS. Research tells us that Tom Stewart made this club for Bobby Jones, Jones asked Stewart to cease production of the clubs since Jones was an amateur and the use of his initials might jeopardize his amateur status. Bobby Jones was born On March 17, 1902, Robert Tyre Jones, Jr. is born in Atlanta, Georgia. Jones, the first great American golfer, was a hero of the so-called “Golden Age of Sports” in America along with baseball player Babe Ruth, boxer Jack Dempsey, tennis player Bill Tilden and football player Red Grange.

Over the course of his career, Bobby Jones won four U.S. Opens, five U.S. Amateurs, three British Opens and one British Amateur. His total of 15 major tournaments wasn’t surpassed until Jack Nicklaus won his 16th major in 1980. This Club is in good playable condition with a new Grip and Wax coated thread use for the whipping then finished with Shellac to protect it from any bag damage that may occur.