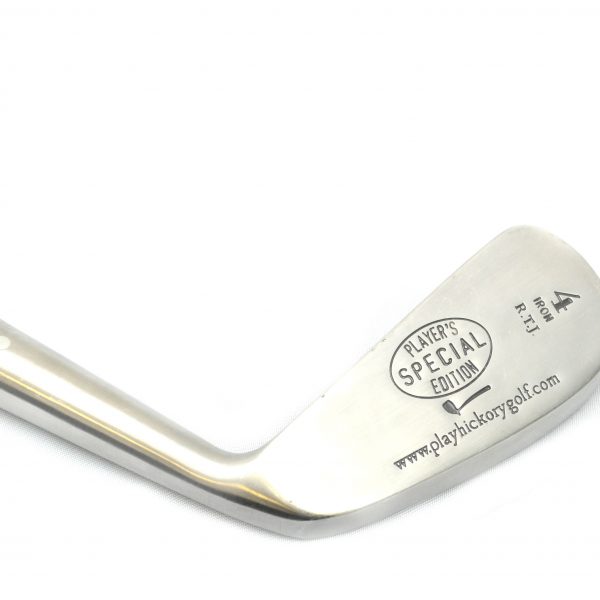 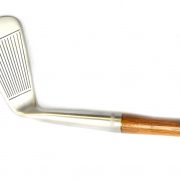 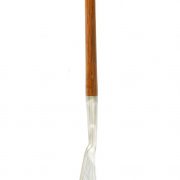 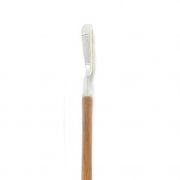 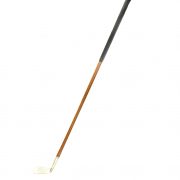 View full information
This club is part of a set and cannot be purchased individually.
SKU: 465J Categories: All Types Of Golf Clubs, Irons, All Makers, Tom Stewart

New Set. This club has a Scored Line face pattern with the mark of Tom Stewart, stamped 4 IRON, R.T.J. and in the oval PLAYER’S SPECIAL EDITION. We have the last set of these clubs.
Please note this club is a Replica.

Jones’s 1930 Grand Slam-winning the U.S. Open, British Open, U.S. Amateur and British Amateur in the same year-was the first in golf history. The four events took place over a five-month period, with the U.S. Amateur coming last. In the U.S. Amateur final, Jones defeated Gene Homans in head-to-head matchplay format. On the final hole, Jones landed a long putt at the edge of the cup with his famous rusty putter, Calamity Jane. Homans rushed his final putt and walked toward Jones to shake his hand, acknowledging defeat. Understanding the significance of the historic moment, the crowd of 18,000 that was surrounding the green and standing in the fairway rushed toward Jones-it took a squadron of Marines to lead Jones and Homas to safety.

Over the course of his career, Bobby Jones won four U.S. Opens, five U.S. Amateurs, three British Opens and one British Amateur. His total of 15 major tournaments wasn’t surpassed until Jack Nicklaus won his 16th major in 1980. This club is brand new never used it/they will arrive with a Tarnish Guard to protect it from the damp air which will allow it to rust, and should be replaced after cleaning, and will also be transported with proper Golf Club packaging.