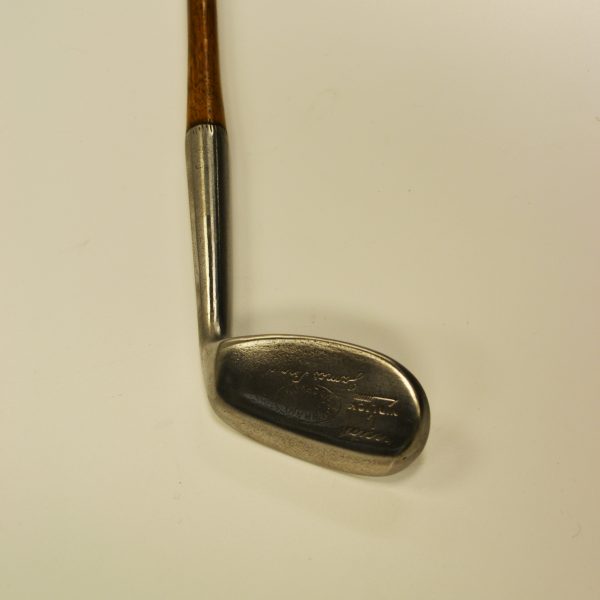 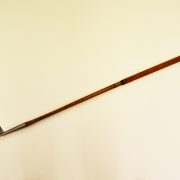 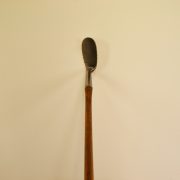 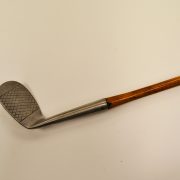 This club has a Criss-Cross face pattern. Stamped with L, Niblick, Special, Warranted, Hand Forged and in the oval is James Braid Walton Heath Nr Epson, and carries the cleek mark of  Anderson of Anstruther also signed James Braid. Research tells us that with the help of young  James Braid.  James Anderson of Anstruther, Fife was a well known cleekmaker in the last third of the 19th century .He was not related to the Andersons of St Andrews with the same name: Jamie, the Open champion and jamie’s son, James. The diameter of his mark is 1/2 inch and should not be mistaken for the similar, but larger, one later used by his son, Alex which is on this club. Research also tells us that Alex Anderson of Anstruther, Fife was one of the largest manufacturers, working well into the 1930’s. He inherited the business Anderson & Son from his father, James Anderson in the late 1800’s They are known as the “Andersons of Anstruther” and should not be confused with the other Andersons in the golf trade. The mark on this club is Alex Anderson used between 1895-1910. Not to be confused with his son’s James. It can be distinguished from his father’s earlier mark by its larger size (5/82 diameter). It was in use after his first mark was abandoned.

We can always make up a set of clubs of your choice from our stock.  We don’t sell rubbish, have a look for yourself. You can contact us at any time though sales@hickorygolfsupplies.com