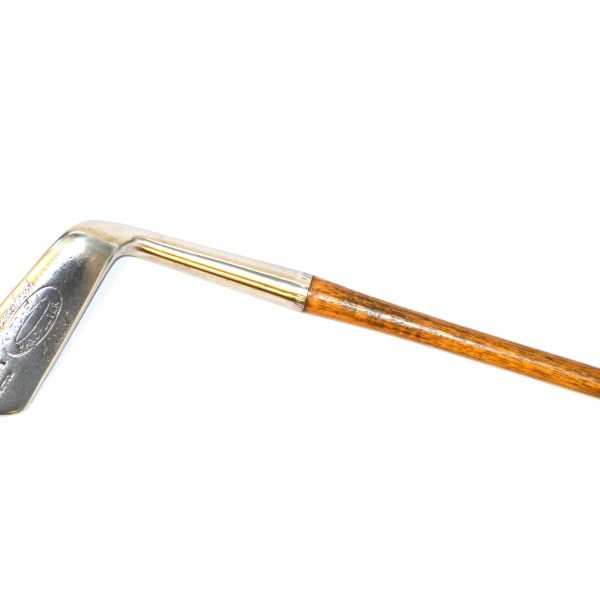 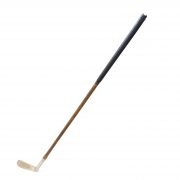 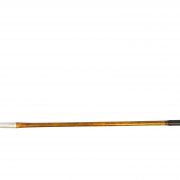 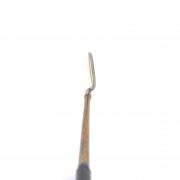 This club has a Score Line face pattern face pattern, marked with Arrow pointing to the Toe, Accurate, putter,Hand Forged and Special, in the oval reads MITCHELL MANCESTER. The shaft is stamped MITCHELL MANCESTER and Craigie Montrose.  Research tells us that Alex Anderson of Anstruther, Fife was one of the largest manufacturers, working well into the 1930’s. He inherited the business Anderson & Son from his father, James Anderson in the late 1800’s They are known as the “Andersons of Anstruther” and should not be confused with the other Andersons in the golf trade. The”Arrow” mark, This mark was also used by other clubmakeing firms usually in combination with the word “Accurate”. Anderson’s clubs were marked only with the plain arrow which always pointed to the toe of the Iron. Also J & W Craigie Montrose.

Two timber merchants who branched out (sorry !) into clubmaking in Montrose, combining this activity with work as joiners and plumbers. With this background, not suprisingly the quality of wood used is one of their distinguishing features, well-seasoned beech and the reintroduction of ash in the 1890s.

They are probably not the first clubmaking firm one would associate with the export trade but in 1902 it was reported they had received an order for three gross of clubs from India.

They used two cleek marks: a rifle and a shooting star (from which came the Comet Brand [I know there’s a difference but they were joiners not astronomers]).

The business continued into the 1930s but an advertisment in 1936 announced the sale of all machinery and plant in the Lower Balmain Street premises. This Club is in good playable condition with a new Grip and Wax coated thread use for the whipping then finished with Shellac to protect it from any bag damage that may occur. Please note: All our Clubs have been fully restored by a professional restorer of Hickory Golf Clubs. it/they may arrive with a Tarnish Guard to protect it from the damp air which will allow it to rust, and should be replaced after cleaning.
We can always make up a set of clubs of your choice from our stock.